Childhood sexual abuse is a sensitive yet an irrefutably important phenomenon, which impinges upon the mental, social and physical health of its victims and at times may be so traumatic that it could ultimately lead to death. Previous research has revealed that over one million women worldwide have been sexually abused as children. This problem is not only an international issue, as it also affects females in the Caribbean. Specifically, many victims in Barbados often receive little to no justice and they are few services for adult survivors of childhood sexual abuse and as a result, many women suffer in silence. Therefore, the purpose of this qualitative research was to investigate the effects of childhood sexual abuse on women’s intimate relations in Barbados.

Five women ranging in age from 21 – 30 years old were purposively selected to participate in the study. Semi-structured interviews were conducted and three themes along with several sub-themes emerged. The themes were: unhealthy sexual behaviours, compulsive behaviours and cognitive factors that interfere with sex. The findings indicated that participants engage in unhealthy sexual behaviours such as promiscuity and unprotected sex. In addition, the participants exhibit compulsive behaviours such as excessive masturbation, cigarette addiction, high alcohol consumption and obsessive cleaning. There were also several reoccurring cognitive processes for these women who experienced childhood sexual abuse. The cognitive processes included feeling a sense of no control and helplessness, trust and safety, low self-esteem and viewing sex as meaningless. These cognitive processes negatively affected the women’s view on their self-perception and the world; which consequently influenced their behaviours.

This study has value for several stakeholders including non-governmental organisations, policy makers, researchers, HIV/AIDS related services, child protection authorities, social service professionals and drug rehabilitation programmes. The results will assist these stakeholders to develop effective policies and programmes for women who have been affected by childhood sexual abuse.

The following definition was approved by the IFSW General Meeting and the IASSW General Assembly  in July 2014:

“Social work is a practice-based profession and an academic discipline that promotes social change and development, social cohesion, and the empowerment and liberation of people. Principles of social justice, human rights, collective responsibility and respect for diversities are central to social work.  Underpinned by theories of social work, social sciences, humanities and indigenous knowledge, social work engages people and structures to address life challenges and enhance wellbeing.

The above definition may be amplified at national and/or regional levels”.
via http://ifsw.org/get-involved/global-definition-of-social-work/ 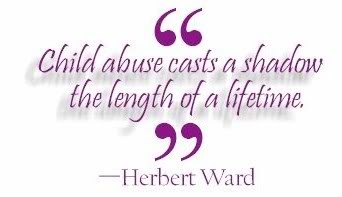 Types of Sexual Abuse in Barbados

The main perpetrator groups identified by the Study were persons who were known and trusted by the child and included:

Congratulations are due to Annalicia Skeete for becoming a public educator and child advocate which will result in the improvement of protection services for all humans in Barbados, beginning where it ends: with our children. Annalicia’s work is not just academic but it is applicable to impact the society on a grass roots level by being a piece of media that can be distributed online/offline to create awareness among the population of abusers that the environment will no longer be a comfortable place to rape and abuse.

GIVE THANKS.
-Tru Focus-

The Sound of Empowerment

The Sound of Empowerment

A Response to Silence and Denial

The Barbadian Minister of Social Care, Constituency Empowerment and Community Development said that domestic violence in Barbados “‘is often fed by poverty, dependency, lack of education or capacity and the absence of empowerment'” (qtd. in Nation 30 Mar. 2011). However, sources note that the problem of domestic violence affects women of all stratums of society in Barbados (CADRES [2009], 14; Nation 19 May 2010). I have decided to be a voice of empowerment for myself and other survivors of abuse and trauma in Barbados. As noted in the response to the Minister's statement is the fact that this violence effects women whether they meet the criteria he outlined or not, therefore something must be done to add clarity to the discrepancies that perpetuate many abuses in Barbados. I am making my witness statement. While choking me, my Barbadian abuser knowing I couldn't answer him, asked me: ARE YOU GONNA SHUT UP, YES OR NO!?!" That day I felt powerless. Now, hear me out.